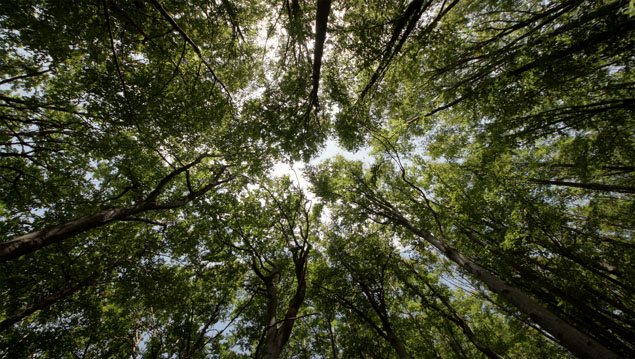 Lyme disease has become one of the fastest growing epidemics in the nation. According to the CDC, there are more than 300,000 new cases in the U.S. each year. Lyme Disease continues one of the most mysterious common illnesses today. It is increasingly difficult to decipher fact from fiction.

Here are some of the biggest “myths” about the illness—and the information you need to protect yourself, your family and pets from tick bites so you can safely enjoy the outdoors.

Most people associate Lyme disease with the bulls-eye-shaped “erythema migrans” (EM) rash, less than half of patients develop the rash. Early stages of Lyme often manifest as a mild flu-like illness with a headache, a stiff neck, or a rash that’s so pale or oddly positioned that it’s barely noticeable. If you get a rash, it’s just as likely to look like a simple rash that is easily mistaken for a skin infection or spider bite.

Myth #2: Lyme only occurs on the East Coast and Midwest

Although it’s more prevalent in the Northeast and Midwest, Lyme disease has been reported in all 50 states and is a persistent problem around the globe. It is endemic in parts of Europe and Asia, Australia and Canada, and is even found in the Amazon region of Brazil.

Myth #3: You know when you have an encounter with a tick.

You won’t feel when a tick bites you due to the numbing agent in their saliva. You probably won’t even know a tick is feeding. Most people don’t ever recall seeing a tick latched onto them.

Fact: Many people believe that ticks die in winter, but they persist throughout the winter. Ticks can survive in temperatures as low as 10 degrees fahrenheit.  With warmer temperatures more prominent due to climate change, ticks will have a better chance to survive the winter. When heavy snowstorms occur, baby ticks receive insulation to have a better chance to thrive.

Myth #5: You have to be near deer to be exposed to deer ticks.

Blacklegged ticks (commonly called deer ticks) carry the bacterium that causes Lyme disease. They feed on small mice, chipmunks, squirrels, rabbits, birds, deer, and even on dogs and cats. These ticks are found all throughout the outdoors.

Ticks do not jump, fly, or drop from trees. they crawl. No matter what part of the body a tick is on you, it crawled its way up from the ground.

Myth #7: Hiking and camping are the most common ways to catch a tick-borne disease.

No matter what you’re doing outdoors, or how deep into a wooded area you go into, you always need to be mindful of ticks.  Although black-legged ticks live in moist and humid environments, they can be found essentially anywhere.

Myth #8: If the blood test is negative, you don’t have Lyme.

Unfortunately, tests for detecting Lyme disease are often inaccurate. Your doctor will  recommend two-tiered blood testing requiring a positive ELISA test result. Doctors order an ELISA first to screen for Lyme, then confirm it with a Western Blot. ELISA measures the total amount of antibodies produced by the body in response to the Lyme bacterium (Borrelia burgdorferi). However, half of Lyme cases may be misdiagnosed because antibodies may not be high enough to detect. This will lead to a negative test result.

Studies show that as many as 20 percent of patients continue to exhibit symptoms even after completion of antibiotic treatment. Many of these patients also receive co-infections from the ticks that transferred Lyme to the. These co-infections may need to be treated differently than the treatments for Lyme Disease themselves.

Myth #10: You can remove a tick with a match or by painting it with nail polish

If you want to remove an embedded tick from your body. The easiest and safest way is to gently pull with a set of tweezers. Grasp the tick close to its head, then slowly lift it away from the skin. If you twist or jerk the tweezers, you risk breaking off the tick.